“Conclusions- In a feasibility study, the Cytosponge is a safe and well-tolerated method for collecting near mucosal specimens in esophageal cancer.

Achieving remission is the easy part for many cancer survivors. Staying in remission is the hard part. Part of the reason why it can be difficult to remain in remission is the challenges of a lifetime of check-ups for your cancer. The cancer patient must get into a routine of regular testing. If you are going to get into the habit of testing and retesting for your cancer, the testing must be easy. What I mean by “easy”  is a procedure that is relatively comfortable (at least not painful) relatively low-cost, and few if any possible side effects. 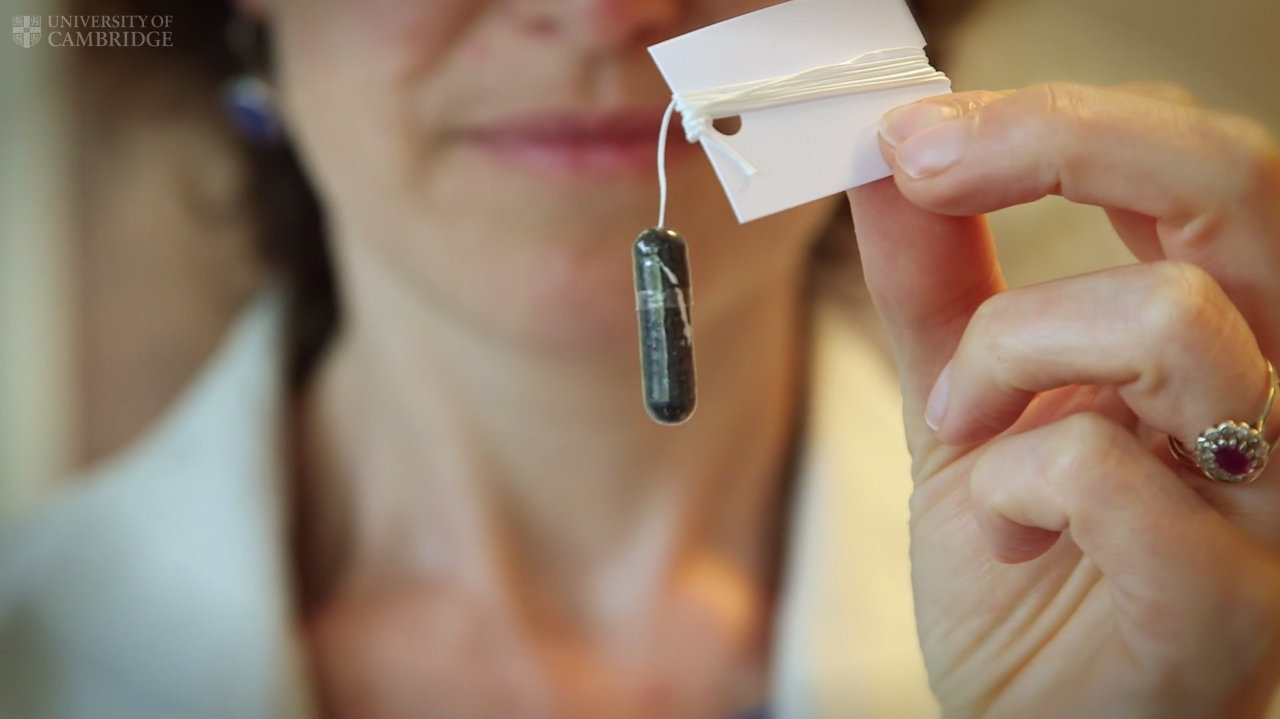 The Cytosponge appears to be a preferable alternative to the current endoscopy.

Are you an esophageal cancer survivor? Have you had an endoscopy to check on your remission? What was it like? Please scroll down the page, post a question or comment and I will reply to you ASAP.

“But now researchers at the University of Cambridge say they’ve come up with a less-invasive, capsule test to screen for cancer at a fraction of the cost of a traditional endoscopy. Their “Cytosponge” looks like a large multi-vitamin attached to a string. Patients swallow the capsule and then it expands into a sponge in the stomach within minutes. As the sponge is slowly pulled back out by the string, it gently collects cells from the esophagus wall…

Accuracy, Safety, and Tolerability of Tissue Collection by Cytosponge vs Endoscopy for Evaluation of Eosinophilic Esophagitis

“Conclusions- In a feasibility study, the Cytosponge is a safe and well-tolerated method for collecting near mucosal specimens. Analysis of numbers of eosinophils/high-power field identified patients with active EoE with 83% sensitivity.”