Angio sarcomas are a rare and not-well studied cancer. As such therapies for the angio sarcoma patient are now well understood. The study linked and excerpted below cites conventional antiangiogenic chemotherapy to augment the standard chemotherapy regimens to fight angio sarcomas. 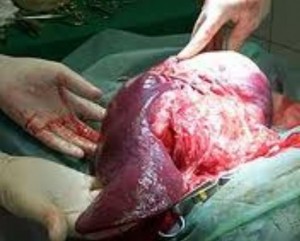 I am both a cancer survivor and cancer coach who lives in complete remission from his “incurable” cancer primarily through evidence-based, non-toxic antiagiogenic foods and supplementation.

Have you been diagnosed with a type of angiosarcoma? Please scroll down the page, post a question or comment and I will reply to you ASAP.

“In recent years, studies have demonstrated that inhibition of angiogenic pathways or disruption of established vasculature can attenuate the growth of sarcomas. However, when used as monotherapy in the clinical setting, these targeted antiangiogenic agents have only provided modest survival benefits in some sarcoma subtypes, and have not been efficacious in others. Preclinical and early clinical data suggest that the addition of conventional chemotherapy to antiangiogenic agents may lead to more effective therapies for patients with these tumors..”

“Angiosarcoma patients are mostly diagnosed after the tumor has spread all over the body and this type of late identification may result in a poor prognosis. According to various studies, improved prognosis is achieved when patients have smaller tumors that can be easily removed from the body…”

“Sarcomas are soft tissue tumors that can develop in any part of the body. The term “sarcoma” has a Greek origin, which means “fleshy growth.” This category of tumors consists of more than 70 subtypes, which are classified on the basis of two factors—the tissue of origin and chromosomal abnormalities. Each of these has its own unique features…”