“She (the nurse) told me I had what’s known as cancer-related cognitive impairment or “chemobrain.” Estimates vary but studies suggest a significant number of cancer patients who’ve undergone chemo may experience some degree of cognitive impairment.”

Cancer survivor Earl Shellner’s account of the side effect called chemobrain, linked and excerpted below is a horrifying yet accurate portrayal of a common side effect many cancer patients experiences- chemobrain. 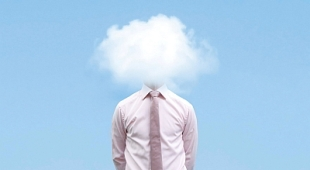 I am a cancer survivor and cancer coach. I have lived with cerebral dysfunction aka chemobrain since I underwent conventional cancer therapies from ’95-’97.

Collateral damage from toxic chemo or radiation therapies is nothing new. Everyone knows of the common short-term side-effects of chemo such as hair loss, fatigue, and nausea.  Less is known about long-term or late-stage side effects like chem0brain.  If you lose you hair but you are confident that it will grow back, this side-effect is less of a challenge. As Earl shares in his account of chemobrain, there are a host of challenges that come with a long-term side effect like chemobrain.

The challenge comes from

The wonderful thing that Earl talks about below is a therapy or rehabilitation for chemobrain sufferers. I would like to add my own evidence-based therapies to this list. Though I still exhibit a few chemobrain symptoms such as missp3lled words in my blog posts, my brain works a lot better today than it did in 2000. In addition to moderate regular exercise, add the nutritional supplements below. All are links to pages with complete explanations as to the health benefits of each supplement.

Do you have cancer? Are you struggling with short, long-term and/or late-stage side effects such as chemobrain? Scroll down the page, post a question or a comment and I will reply ASAP.

My Road Back From Chemobrain

“It was finally time to celebrate. I had just received an honorary certificate for completing a long course of chemotherapy. This was the last big hurdle in my cancer treatment. I had already been through surgery and radiation to treat an aggressive form of colorectal carcinoma…

She (my mother) told me I’d been telling the same stories over and over again. I’d tell a story and then 15 minutes later I’d tell it again. I would also use words incorrectly in a sentence and not even realize it…

She (the nurse) told me I had what’s known as cancer-related cognitive impairment or “chemobrain.” Estimates vary but studies suggest a significant number of cancer patients who’ve undergone chemo may experience some degree of cognitive impairment. Until recently, however, many doctors tended to dismiss the memory loss off as a given side effect of treatment. Their advice was for patients to wait it out and hope the problems diminished over time. It was then that the nurse said she believed the hospital I was receiving treatments at had started a fairly new program to help with the effects of chemo brain and pointed me in the direction of Cancer Rehabilitation Center…

Apparently, I am a perfect example of chemo brain. When I arrived at AAMC’s Cancer Rehab Center, I tested far below average for memory and word recall. I began a rigorous course of treatment using a combination of exercises, strategies, and tricks to teach the brain new ways to access information…

After twelve sessions, I was thrilled with my progress. I jumped from the 13th percentile in cognitive function to the 79th percentile. Other patients have seen similar results after going through the program…

Kicking Chemobrain to the Curb

“Because of all of this, I notice anything I come across that might improve brain processes, especially for cancer patients. For the past month, I’ve been following a sort of brain training regimen that hasn’t restored the “old” me, but does seem to be having a positive effect and is easy to put into practice:

Online brain training. Sometimes the universe sends clear signals. Shortly after curetoday.com published an article on brain training in breast cancer survivors, my local library made Brain HQ available to cardholders. I signed up about a month ago and have been doing the daily online workout. Some of the exercises are quite difficult for me. I have noticed that my attention to detail seems to be improving in real life, and during the memory exercises, I can almost feel my brain crackling with effort. If you have hearing or sight issues, some of the exercises could be frustrating.

Physical training exercise has been shown to have positive effects on cognitive function, and I believe that is true. When I go through more sedentary periods, for whatever reason, I notice that my thinking becomes slower as well. Because movement improves my mood, it also just puts me out in the world more, and that has brain benefits, too.

Keeping a record. One of the reasons I was able to remember those two specific events that opened this essay is because I keep a record of what’s going on with my thinking. I’m not great at it, but because some of my mental changes have concerned me, I want to be able to explain to my doctor what they are, when they happen and why they matter.

Using time better. One of the things I discovered using Brain HQ is that my ability to do relatively well on the various exercises is related to the time of day I do them. This reinforces my own belief that I’m basically a morning person. I try to undertake certain activities earlier in the day and to have patience with myself later in the day when things take longer to complete or mentally wear me out.

Adding more vegetables. I already ate the recommended amount of vegetables nearly every day, but because vegetables are linked with better mental function as you age, I’ve been making sure to match that recommendation or beat it.

Giving myself a break. One of the most reassuring statements I’ve come across was in an online interview here, in which breast cancer expert Lillie Shockney said, “Part of the cause may not be related to the physical treatment with drugs, but instead due to this being a life-altering experience, similar to soldiers going to war and now returning home. Their world doesn’t feel the same and they can have difficulty concentrating and remembering things. This can also be the case with cancer survivors. Give yourself time.””