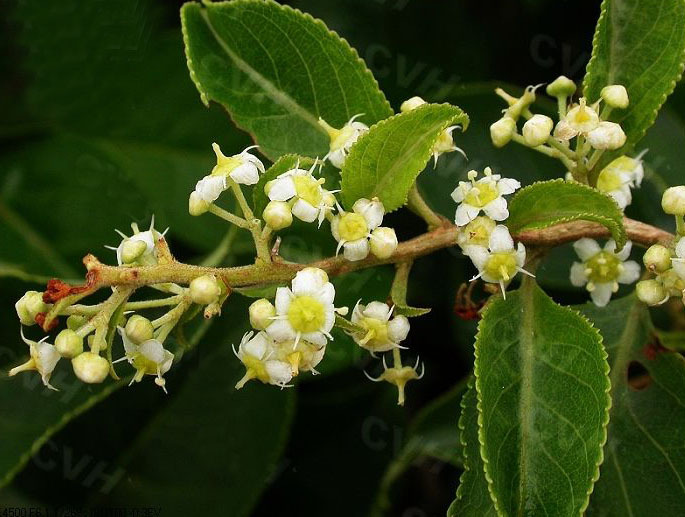 I am telling you to look past conventional therapies for your incurable cancer only because my cancer is also incurable. And I spent several years undergoing conventional chemotherapy, radiation and an autologous stem cell transplant. Only to be told that there was nothing more that my oncologist could do for me.

For the record, there are evidence-based “integrative therapies.” Curcumin, for example, has been shown to enhance the efficacy of conventional chemotherapy such as gemcitabine.

I am a cancer survivor and cancer coach. Have you been diagnosed with pancreatic cancer? If so, what stage? What therapies are you considering? Please scroll down the page, post a question or comment and I will reply to you ASAP.

“Triptolide is a diterpenoid epoxide which is endogenously produced by the thunder god vine, Tripterygium wilfordii. It has in vitroand in vivo activities against mouse models of polycystic kidney disease[2] and pancreatic cancer, but its physical properties limit its therapeutic potential.[3] Consequently, a synthetic prodrug, minnelide, is being studied clinically instead.[3] Due to its low solubility in water, several water-soluble analogs have been formulated, including Minnelide, which is currently in Phase I clinical trials.[4]“

Minnelide, a novel drug for pancreatic and liver cancer

“Standard of Care in pancreatic cancer- Over the past several decades, PDAC survival rates have not improved due in large part to delayed detection, metastasis [10], and drug resistance of PDAC cells [11]. This underscores the importance of effective, targeted chemotherapies to treat pancreatic cancer as it grows aggressively, is highly metastatic and yet remains resistant to chemotherapy. There are currently three main FDA-approved therapies. 5-fluorouracil, a pyrimidine analog, has been used since the 1970s. Gemcitabine, a nucleoside analog, was approved in 1996 and provides a 1.5-month survival advantage over 5-fluorouracil. Erlotinib, approved in 2006, adds a mere 10 days to the survival rate achieved by gemcitabine [12]. Erlotinib inhibits the tyrosine kinase epidermal growth factor receptor (EGFR), and its administration has shown modest benefit in clinical trials [13–15]. As of September 2013, Abraxene, an albumin binding form of paclitaxel, has been approved by FDA for pancreatic cancer, as it showed a survival advantage of 5 months when used in combination with Gemcitabine. In spite of this, the need for more effective chemotherapeutic agents conferring better survival advantages is needed in this disease.

“The herbal extract triptolide has been used on human pancreatic cancer cells and tissue in culture by researchers. Administration of the herb decreased GRP78 protein in the cells, thereby reducing cancer cell survival and facilitating cell death…

Our study shows that although increased expression of GRP78 confers a survival advantage to the tumor cells, prolonged exposure to triptolide induces chronic ER stress, which eventually leads to cell death,” the authors stated. “In this context, inhibition of GRP78 by activation of the ER stress pathway by triptolide offers a novel mechanism for inhibiting the growth and survival of pancreatic cancer cells.”

Therapeutic applications of curcumin for patients with pancreatic cancer

“A number of preclinical studies have demonstrated anticancer effects for curcumin in various types of tumors, including pancreatic cancer. Curcumin has anticancer effects both alone and in combination with other anticancer drugs (e.g., gemcitabine, 5-fluorouracil, and oxaliplatin), and it has been shown to modulate a variety of molecular targets in preclinical models, with more than 30 molecular targets identified to date.

Of these various molecules, NF-κB is thought to be one of the primary targets of curcumin activity. Based on these promising preclinical results, several research groups, including our own, have progressed to testing the anticancer effects of curcumin in clinical trials; however, the poor bioavailability of this agent has been the major challenge for its clinical application.

A growing body of evidence supports the idea that curcumin is a promising anticancer drug. In preclinical models, curcumin has been shown to have anticancer effects, both alone and in combination with other anticancer drugs, through the modulation of a variety of molecular targets.

However, the poor bioavailability of curcumin has been the major challenge to its clinical application. This problem has now been solved by the development of highly bioavailable forms of curcumin (THERACURMIN®), which can induce higher plasma curcumin levels without increased toxicity. Further clinical trials will be necessary to test the therapeutic applications of this promising agent in patients with pancreatic cancer.”

Desiree says a couple of years ago

Is this available in South Africa

Martin says a couple of years ago

Hi, my Dad is stage 4 Pancreatic Cancer which already spread to lungs,liver, ,brain when first diagnosed. It’s been 7 months but I don’t know how long more he will hang on. Could you please kindly help?

I replied to you directly via your email-

Subash malik says a couple of years ago

I’m right there with you Subash.

Hi David, I’ve come across your page. My dad was recently diagnosed with stage 4 pancreatic cancer that is in his liver and lymph nodes. As you can imagine we are devastated but I want to look at every option for him and chemo is terrifying me for him. I want him to do more than just school medicine to heal this. Where can we hear more about your way of going at this, I would love to talk to you more. I need all the help I can possibly get. Thank you very much in advance

I am replying to your post via your email address. You should receive my reply shortly…

3rd attack,what can I use to restore and get strength back, please

Can I get more info? What kind of attack? Have you undergone chemo and hope to regain strength? What chemo regimens?

My father is diagnosed with stage 4 pancreatic Cancer. Could you please tell me what kind of unconventional treatment can you provide me.

I am sorry to learn of your dad’s stage 4 pancreatic cancer diagnosis. There is a variety of non-conventional pancreatic cancer therapies. Your challenge is to find evidence or research that supports these therapies in any way. While there may be individual testimonials it is difficult to find large groups of people who have experienced the therapy.

Good luck and let me know if you have any questions.

Hello David,
I was diagnosed three months ago with stage 4 pancreatic cancer. A well differentiated neuroendocrine tumor with spots on liver and spine. The only treatment being offered to me is monthly injections of Lanreotide and an IV infusion of Zometa. I, of course, am taking a wide range of self prescribed supplements—curcumin, resveratrol, garlic, soursop tea, etc. Also on a Ketogenic diet and a MSM-vitamin C protocol. As of the most recent pet scan, no positive effect is shown. I am now researching Hyperbaric oxygen therapy and high dose vitamin C thearapy.
So, I’m looking for advice from a survivor. Any information you can provide me would be greatly appreciated.
Thanks, Bob

I will email a list of evidence-based non-conventional pancreatic cancer therapies to your email address.

My name is Leo. i live in Cape Town, South Africa. My partner’s sister is suffering from stage 4 pancreatic cancer. After 6 months of 2 different types of chemo therapy the cancer is still active and spreading.

it breakes my heart to see the family suffering. so i decided I to do research for alternatives. I came across your testimony while reading up on Triptolide.

The family has lost all hope. I want to help.

I believe that the pancreatic cancer patient’s goal is to shrink the tumor enough to then surgically remove it. The Whipple procedure (pan. surgery) is the only therapy that has been shown to increase overall survival and perhaps be curative.

I am both a cancer survivor and cancer coach. My role is to provide cancer patients and caregiver such as yourself evidence-based therapies (both traditional and non-traditional) such that you can work with your oncologist to build a therapy plan.