If Radical Prostatectomy Has Little Advantage Over Observation, Why Risk the Side Effects?

surgery for prostate cancer patients did not prolong life and often caused serious complications such as infection, urinary incontinence and erectile dysfunction

A diagnosis of prostate cancer is difficult to wrap your brain around. Even if, like 70% of other PCa diagnoses, it is early stage. Cancer is cancer. Most people don’t like to live with even a small tumor inside them. 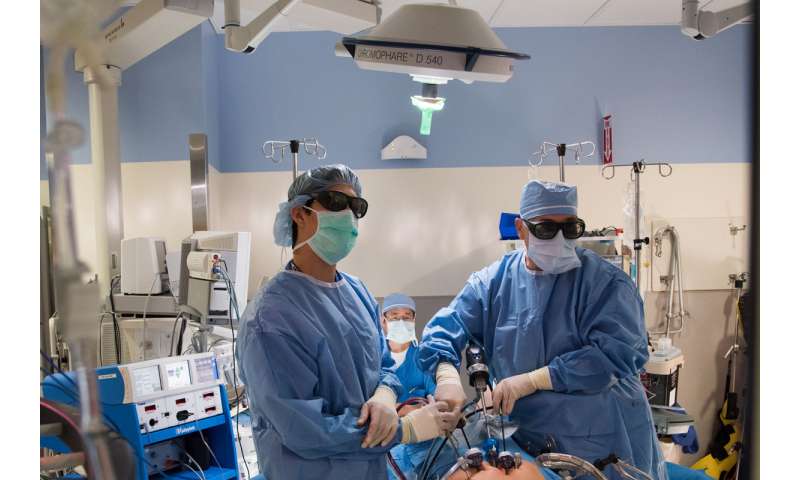 What is more difficult to live with than a small tumor inside your prostate however, is urinary incontinence, erectile dysfunction or any of the other common side effects that can accompany radical prostatectomy.

A good friend of my was recently diagnosed with early stage PCa. Bruce is in his mid-fifties and his dad was also diagnosed with PCa at about the same age so Bruce was concerned. After much soul searching, getting an Oncotype Prostate Test, (indicated low risk PCa) and some cancer coaching from me, Bruce decided to watch and wait while adding evidence-based, non-toxic prostate cancer therapies to his daily regimen.

Bruce’s PSA dropped from 10 to 4 where it has stayed for the past 3 years. I will keep you posted if anything changes…

In short, there are many evidence-based therapies that are cytotoxic to PCa but that are non-toxic.

I am both a cancer survivor and cancer coach. Experience and research has taught me that cancer patients must utilize the best of both conventional (FDA approved) and evidence-based non-conventional therapies to manage their cancer.

Have you been diagnosed with prostate cancer? If so, what stage? What therapies are you considering? Please scroll down the page, post a question or comment and I will reply to you ASAP.

Surgery for early prostate cancer may not save lives

“A major 20-year study provides further evidence that prostate cancer surgery offers negligible benefits to many men with early-stage disease. In such men, who account for most cases of newly diagnosed prostate cancer, surgery did not prolong life and often caused serious complications such as infection, urinary incontinence and erectile dysfunction…

In men with early prostate cancer, the study compared surgery with observation. With the latter, men only were treated if they developed bothersome symptoms, such as urinary difficulty or bone pain. Such symptoms may indicate progression of the cancer. Many men in the observation group received no treatment at all because early-stage prostate cancer often grows slowly and rarely causes symptoms…

About 70 percent of patients newly diagnosed with prostate cancer cases are in the early stages, meaning the cancer is confined to the prostate gland, and they have nonaggressive tumors. As such, these patients have an excellent prognosis without surgery. This study confirms that aggressive treatment usually is not necessary…

However, the data show that surgery may have a mortality benefit in some men, particularly those with a long life expectancy and intermediate-risk prostate cancer. (Such men generally have PSA scores of 10-20 ng/ml and a Gleason score of seven. The latter score signifies tumor aggressiveness.)…”

Follow-up of Prostatectomy versus Observation for Early Prostate Cancer

“We previously found no significant differences in mortality between men who underwent surgery for localized prostate cancer and those who were treated with observation only. Uncertainty persists regarding nonfatal health outcomes and long-term mortality.

CONCLUSIONS- After nearly 20 years of follow-up among men with localized prostate cancer, surgery was not associated with significantly lower all-cause or prostate-cancer mortality than observation. Surgery was associated with a higher frequency of adverse events than observation but a lower frequency of treatment for disease progression, mostly for asymptomatic, local, or biochemical progression. (Funded by the Department of Veterans Affairs and others; PIVOT ClinicalTrials.gov number, NCT00007644. opens in new tab.)

Can I ask if you know anything about IGRT/IMRT Rapid Arc doing 20 treatments? I really can’t find much on this and it is what has been the treatment offered to my husband–65 years old-Gleason score 3+4 and PSA went to 6.

I am sorry to read of your husband’s prostate cancer diagnosis. The article linked below explains IGRT, IMRT and other types of radiation therapy for prostate cancer. Hospitals tend to recommend only those therapies that they provide in-house. This form of therapy may or may not be the best bet for your husband’s situation.

Keep in mind that there are several other types of FDA approved prostate cancer therapies that you and your husband may find preferable to IMRT Rapid Arc. Also, there are several integrative therapies shown to enhance the efficacy of radiation therapy while reducing the risk of side effects.

Radiation Therapy: Which type is right for me?