MGUS stands for monoclonal gammopathy of undermined significance. MGUS is not cancer. It is a pre-Multiple Myeloma (MM) asymptomatic blood disorder.

The challenge with a diagnosis of pre-MM is that it can lead to a diagnosis of multiple myeloma, an incurable blood cancer. And according to the article below,  “Monoclonal Gammopathy of Undetermined Significance  cohorts have a comparatively lower life expectancy…” 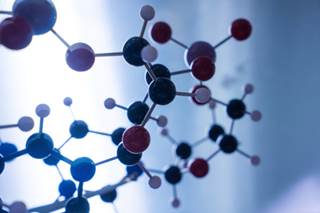 As the article linked and excerpted below states, “““The risk of progression is approximately 1% per year,…”The important point to keep in mind is that this 1% per year persists indefinitely, I believe.””

The question is, can the pre-MM patient reduce or eliminate his/her risk progressing to MM? Yes, according to the short video linked below. According to the study talked about in the video, curcumin and diet can slow the progression of pre-MM to MM. In addition there are evidence-based therapies that act like curcumin does as an anti-oxidant, anti-inflammatory, etc. supplement.

I am both a long-term MM survivor and MM cancer coach. I have lived in complete remission from my multiple myeloma since 1999 by living an evidence-based, non-toxic, anti-MM lifestyle.

If you do not want to “watch and wait” to see if your Monoclonal Gammopathy of Undetermined Significance  progresses to Multiple Myeloma scroll down the page, post a question or a comment and I will reply to you ASAP.

Consider evidence-based, non-toxic therapies such as:

Turmeric Curcumin, MGUS, and Multiple Myeloma
Pre-MM may progress to multiple myeloma, AL amyloidosis, Waldenstrom’s macroglobulinemia, or lymphoma. But not all cases progress to malignancy.

“Much, however, remains a mystery, including the curious fact…that Monoclonal Gammopathy of Undetermined Significance cohorts have a comparatively lower life expectancy, “which is not entirely explained by the risk of malignant transformation.”1

“The median interval from recognition of the monoclonal protein to diagnosis of multiple myeloma was 64 months,” he (Dr. Robert Kyle) wrote in his landmark study, “of macroglobulinemia 103 months and of amyloidosis 92 months.”

“The risk of progression is approximately 1% per year,” Dr Kyle explained by phone. “The important point to keep in mind is that this 1% per year persists indefinitely, I believe.”

The risk factors for progression include the size of the serum M protein, the protein type, the number of plasma cells in the bone marrow, and the serum free light chain ratio…”