It may be difficult to find hope after a multiple myeloma relapse. I relapsed twice after my diagnosis before I began to look at my incurable blood cancer differently…

I don’t think I’d be writing this post if I didn’t have a plan to beat multiple myeloma (MM). As a person I’m optimistic. I’m even hopeful. But the crucial component of hope,  psychologists say, is having a plan or a strategy. And my plan grows and improves as I continue to research anti-MM therapies.

The reason why I believe in my plan to beat MM is because everything I do is supported by studies. Chemo, Supplementation, Nutrition, Lifestyle and Mind-body therapies- all well researched and documented.

The article linked and excerpted below talks about hope as a useful mind-body therapy. I believe that hope has worked for me since my diagnosis of multiple myeloma in 1994.

To learn more about beating multiple myeloma, scroll down the page, post a question or a comment and I will reply to you ASAP.

An Emotion We All Need More of

“Hope springs eternal in the human breast. Or does it?

Research shows it’s a crucial element of our physical and mental well-being. People who have a higher level of hope have healthier habits: They sleep and exercise more, eat more healthy foods and practice safer sex. They also have fewer colds, less hypertension and diabetes, are more likely to survive cancer and have less depression.

Students who have more hope have higher grades, and hope is a bigger predictor of who will finish college than SAT or ACT scores, studies show. Couples who share hopes and dreams are more satisfied and more likely to last. 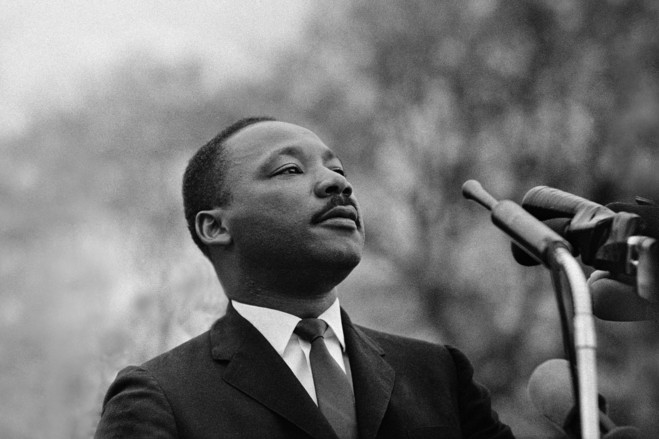 ‘With this faith, we will be able to hew out of the mountain of despair a stone of hope. ’

Hope’s crucial component, psychologists say, is agency. People who are hopeful don’t just have a goal or wish, they have a strategy to achieve it and the motivation to implement their plan. Hope is the belief that the future will be better than the present and that you have some power to make it so. It differs from optimism, which is the belief that things will work out no matter what you do.

When people lose hope, it’s because they are focusing on obstacles. Yet, psychologists have found they can teach people to gain or restore hope. In a study published in the Journal of Happiness Studies in August 2011, researchers measured the hope levels of 96 college students at Santa Clara University in California by asking them to rate how much they agreed with statements such as “I can think of many ways to get out of a jam” and “there are lots of ways around a problem.”

The researchers then asked the participants to identify a goal that excited them, multiple pathways to that goal, obstacles to the pathways and ways around the obstacles. They measured each student’s level of hope immediately after this exercise and again one month later. They found that the participants experienced a significant increase in hope—and that it was sustained. 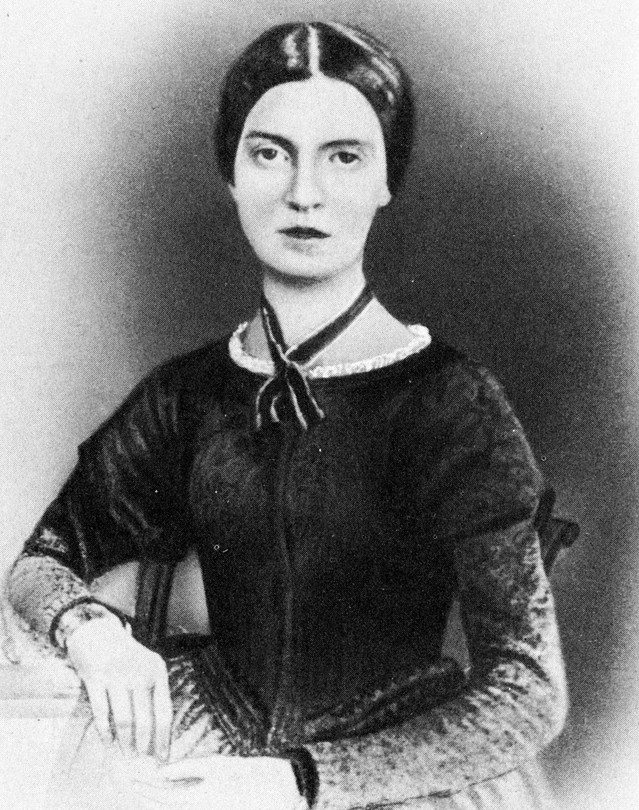 You can do this at home. Focus on something that excites you. “It reminds you what hope feels like,” says Shane J. Lopez, a psychologist and senior scientist at Gallup and author of a 2013 book, “Making Hope Happen.” He also recommends doing what you do best—it will give you a boost in confidence and mood. It is also important to spend time with the most hopeful people you know. “Hope is contagious,” Dr. Lopez says.

Hope is made up of four components, says Anthony Scioli, a professor of psychology at Keene State College in Keene, N.H., and author of “Hope in the Age of Anxiety” (2009) and “The Power of Hope” (2010). Attachment is a sense of continued trust and connection to another person. Mastery, or empowerment, is a feeling of being strong and capable—and of having people you admire and people who validate your strengths. Survival has two features—a belief that you aren’t trapped in a bad situation and have a way out, and an ability to hold on to positive thoughts and feelings even while processing something negative. Spirituality is a belief in something larger than yourself.

People who have all four of these resources are more hopeful and, therefore, more resilient, Dr. Scioli says. (Dr. Scioli has a quiz to test your level of hopefulness.)

U.S. presidents invoke all these traits to varying degrees in speeches that aim to inspire hope. In an unpublished study, Dr. Scioli and his team examined the first inaugural speeches of the past 10 elected U.S. presidents, starting with Dwight D. Eisenhower (skipping Gerald Ford, because he wasn’t elected) and scored them according to their content related to attachment, mastery, survival and spirituality. Researchers took a quiz that rated their political leanings; then each of the presidential speeches was tallied by a politically liberal researcher and a politically conservative researcher and rated on its hope level. 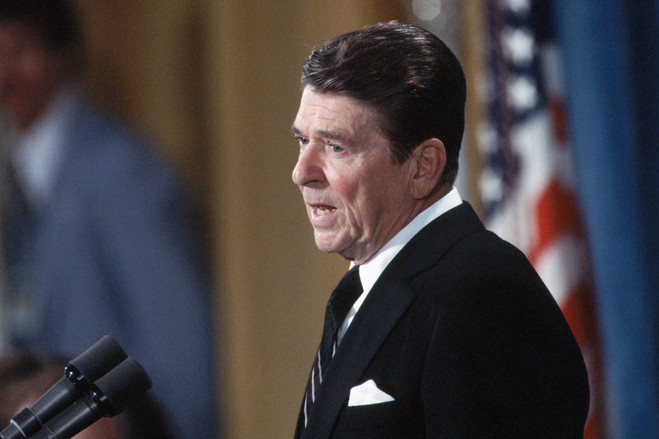 ‘And as we renew ourselves here in our own land, we will be seen as having greater strength throughout the world. We will again be the exemplar of freedom and a beacon of hope ….’

Historians who study the rhetoric of presidents and other great leaders say that the most hopeful speeches do not always mention the word itself much, but they instill a sense of agency—of a plan and an ability to deliver on it. Take Martin Luther King, Jr.’s “I Have a Dream” speech, widely considered one of the most hope-inspiring orations in U.S. history. Dr. King laid out a dream, but also had instructions: “We cannot walk alone.” “We cannot turn back.” “Let us not wallow in the valley of despair.”

“Hope is not a utopian dream,” says John Murphy, an associate professor in the communication department at the University of Illinois at Urbana-Champaign, who studies presidential speeches. “You have to stand up and work for it.” 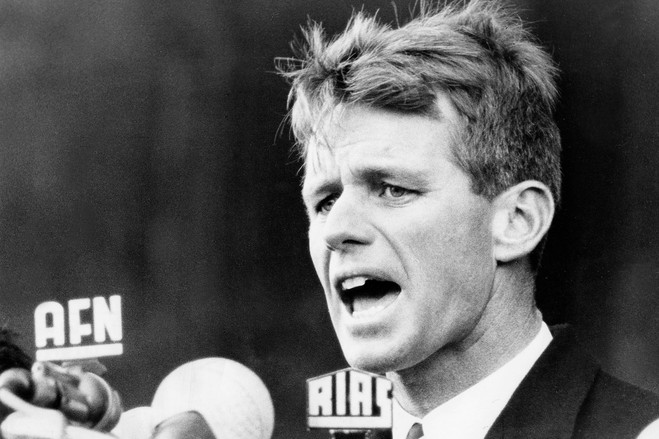 ‘Each time a man stands up for an ideal, or acts to improve the lot of others, or strikes out against injustice, he sends forth a tiny ripple of hope … ’

Scientists believe they know what region of the brain is activated when a person feels hope: the rostral anterior cingulate cortex. This area sits at the intersection of the limbic system, which governs our emotions, and the prefrontal cortex, where thoughts and actions are initiated. This is important because it shows we have some influence over feelings of hope (or hopelessness). “You can’t control that you have a hopeless feeling, says Alex Korb, a neuroscientist and adjunct assistant professor in the department of psychiatry at the University of California, Los Angeles. “But you can control your response to it.”

You can create a meditation for hope by recording inspiring quotes to soothing background music. (“Hope will never be silent,” by the late LGBT civil rights activist Harvey Milk is one of my favorites.) And include images in your meditation: Hope as a bridge, as light, as something that will warm you. “The abstract imagery will reach into the right hemisphere of your brain, which focuses on emotions, relationships and images,” says Keene State’s Dr. Scioli.

To tap into the left side of your brain, which focuses on language and logic, Dr. Scioli recommends trying a writing exercise. Make a list of the people and things in your life that can help you with each of the four areas of hope: attachment, mastery, survival and spirituality.

If you continue to pursue a goal that is turning out to be truly unattainable, consider jettisoning it, and creating several new goals. “High hope people have goals in multiple domains,” says Hal Shorey,a psychologist and associate professor for the Institute for Graduate Clinical Psychology at Widener University in Chester, Pa. “If the goals in one area fail the whole ship doesn’t sink.”

And consider giving your hope a name. When my mother was born, my grandmother gave her the middle name “Hope.” My grandfather, a captain in the U.S. Army, was overseas in World War II. Hope was essential.”