Researchers concluded that additional attention should be paid to rising treatment costs and cost sharing is needed to address the increasing financial toxicity affecting patients with Multiple Myeloma.

Are you a newly diagnosed Multiple Myeloma patient? First of all, I’m sorry for your diagnosis of MM. Second of all, while conventional oncology cannot cure your myeloma, they can prescribe a variety of very expensive therapies that can help you go in and out of remission. This is what is meant by MM being very “treatable.” Unfortunately, these MM treatments create a common multiple myeloma side effect called financial toxicity. 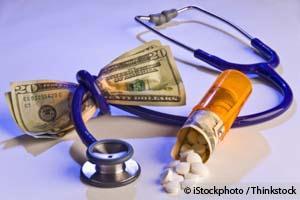 I encourage you to learn about both integrative and complementary therapies. You may choose not to undergo any of these therapies shown to combat multiple myeloma side effects.

As the study linked and excerpted below confirms, Multiple Myeloma is an expensive cancer. Even great health insurance won’t cover all the co-pays, deductibles, etc.

Simply because an expensive therapy such as an autologous stem cell transplant is recommended by your oncologist doesn’t mean that you have to do this therapy right away.

My point above is that you can save thousands of dollars by taking integrative therapies with conventional chemotherapies and you can postpone standard-of-care therapies.

If you would like specifics about any of the above, scroll down the page, post a question and I will reply ASAP.

“Financial toxicity is increasingly affecting patient quality of life and medication adherence in patients with cancer. Due to the use of novel therapies and the need for extended treatment duration, patients with multiple myeloma are more vulnerable to it.1…

Patient-reported financial toxicity was common in an insured population with multiple myeloma, according to a study published online ahead of print in The Lancet Haematology…

Eligible patients were given a paper survey to complete on arrival for routine follow-up visits, and were asked to finish it before or after the visit. Insurance and treatment data were gathered from the patients’ electronic health records…

Researchers concluded that additional attention should be paid to rising treatment costs and cost sharing is needed to address the increasing financial toxicity affecting patients with cancer.”

No treatment from diagnosis in 12/09 until recently is doing well. I think the decision to have or not have an autologous stem cell transplant (ASCT) or not depends on how well you think you can control your MM for the next decade or so with intermittent chemo combined with non-toxic therapies.

For example, what were your blood counts before VTD and what are they now? Has your MM responded well to your chemo? I will link info below about the “cure vs. control” debate in MM therapy.

While the link is a long and boring paper, the point is that the patient must decide if he/she wants to try to “cure” the MM with aggressive chemo or “control” the MM with intermittent chemo.

Because I MM cancer coach through a program of evidence-based, non-toxic, MM therapies I believe in the “control” approach obviously.

I don’t know much about the MM specialists in Scotland but there are several MM experts in the US who have build a practice of MM control. I will link the website of Dr. James Berenson. He is a control specialist.

If you have questions or comments please email me at David.PeopleBeatingCancer@gmail.com. Email will be easier.

Hello David I’ve been in touch with you before. I live in Glasgow, Scotland.
I was diagnosed with MM in December 2009 and had no symptoms or treatment till excruciating pain at the beginning of this year. I was taking numerous supplements and Budwig Diet during the years without symptoms. Have now been on Velcade, Dexamethasone and Thalidomide since beginning of May 2016. I take numerous supplements including Beta Glucan, green tea extract, D3 with K2, B complex. Had been taking curcumin being a follower of yourself and Margaret’s blog but read that it’s a blood thinner and since I inject daily with blood thinners I stopped curcumin for now. Was on Q 10 but also read that it can interfere with some if my treatment so stopped that too.
Now being advised by medics to have a stem cell transplant. Sounds grim and my gut reaction is to say NO. They have a cut off age of 70 which I will reach in November. They’ve given me 2 to 3 weeks to think about it. My wish would be to find a way through diet and supplement to keep the disease at bay without the stem cell transplant.
I’d appreciate your comments and any advice. Sorry this is so long.