“Pediatric Cancer patients with recurrent, progressed or otherwise, therapy resistant malignancies, whose diseases are not amenable to standard therapies, may benefit from hyperthermia” 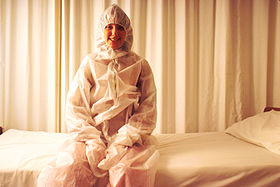 While pediatric cancer patients and their caregivers always begin therapy with the highest hopes, the fact of the matter is there may be situations when conventional chemotherapy and radiation just doesn’t work. Hyperthermia, both whole-body and local, is non-toxic, well-tolerated and efficatious.

Further, conventional chemotherapy and radiation has been shown to leave pediatric cancer survivors with the prospect of severe long-term and late stage side effects.

I believe in and practice whole-body hyperthermia and I have for more than 25 years. I consider WBH to be one of the reasons why I have maintained complete remission from my incurable cancer, multiple myeloma, for more than 20 years.

I am both a cancer survivor and cancer coach. I believe that the key to managing cancer is to learn about and consider both conventional (FDA approved) and evidence-based non-conventional therapies.

To learn more about hyperthermia as a cancer therapy or those integrative therapies that may enhance the efficacy of chemoradiation and reduce its toxicity scroll down the page, post a question or comment and I will reply ASAP.

Estimated number of children with cancer eligible for hyperthermia based on population- and treatment-related criteria.

“Patients with recurrent, progressed or otherwise, therapy resistant malignancies, whose diseases are not amenable to standard therapies, may benefit from hyperthermia (HT).”

“In July 2013, The Lancet Oncology published an article on the beneficial effects of hyperthermia (heat therapy) in the treatment of children with germ cell tumors…A team of clinicians headed by Rüdiger Wessalowski, MD of the University of Düsseldorf, showed that conventional treatment that included deep-tissue heating produced better results than generally achieved with surgery, radiation and/or chemotherapy alone.

The chemotherapy used was called PEI (cisplatin + etoposide + ifosfamide). On the first and fourth days of treatment, patients also received an hour-long session of deep-tissue hyperthermia, whiich was delivered via the American-made BSD 2000 machine. Treatment also included thermal mapping (i.e. temperature readings of all portions of the tumor) at five-minute intervals. The treatment aimed for a temperature of 41 to 43º C (105.8º F to 109.4º F).

There were 5 major findings:

“Whole body hyperthermia (WBH) in combination with chemotherapy has been proven to be effective in some patients with advanced malignancies. However, only limited experience exists regarding the application of WBH with chemotherapy in children.

We present the results of applying WBH and chemotherapy in five children with advanced renal cell carcinoma (RCC). WBH (3 hr, 41.8–42.5°C) combined with doxorubicin (50 mg/m2) and interferon-α (3 MU/m2) were applied to patients after nephrectomy and lymph node dissection. Each patient received three to eight courses of treatment three times weekly. All children tolerated the combined therapy well without complications.

Follow-up of 7–68 months (median: 22 months) showed no tumor progression in patients with locoregional (n = 3) and metastatic (n = 2) disease. WBH with moderate dose doxorubicin and INF-α might be a feasible treatment option in childhood RCC.”