I’ll never forget those words, Sonja you have cancer. Non-Hodgkin’s Follicular Lymphoma. And I was already in stage 4. HOW…? WHY…? BUT THEY SAID… OH MY GOD!!!

Sonja Braddock was diagnosed with Non-Hodgkin’s Follicular Lymphoma in 2001. What a weekend! Beautiful weather, excellent camping, surrounded by friends and doing something I love. Playing softball… 1st annual Sunshine Coast Tournament this week-end and WOW, we’re in the finals!! Three straight games to Victory… WE WON!! I’m glad, I don’t think I could have caught another inning. It’s September and my 39th birthday is a couple of weeks away. Started my new job in June, training Director for Toys R Us. Finally after all those years of hard work, I’d finally made it to the top. My dream job. Then it’s Thanksgiving already, American Thanksgiving that is… had a marvelous day, good food, good company and lots of laughs. I went to bed feeling very blessed.

Then it’s 3 am… OH MY GOD, why am I in so much pain? I slide out of bed and stagger to the kitchen. HOLY MOLY, what could be wrong? A pinched nerve maybe? I’ve never felt such intense pain before. I think I’m going to pass out. The walk-in clinic opens at 9 am.

The doctor confirms, it’s Sciatica. Sent on my way with a handful of pills and a referral to see the Chiropractor down the street. The next morning I get the same wake up call, this time worse. This isn’t right I thought – something is wrong.

I called my GP, she had me come in to see her right away. Five minutes into the exam, she was on the phone to the ER at VGH. The spine specialist was waiting for me to get there. Eight hours later, specialist after specialist, test after test and morphine shot after morphine shot, they admitted me.

I believe I was nearing the 12th day in, I barely remember I was on such heavy morphine. It’s around 10 pm when the neurologist walked in. She stood at the end of my bed and told me the results of my bone scan. She said they were 99.99% sure it wasn’t cancer. That’s GREAT I thought, but what a shock it was to hear those words, since I had no clue they even were suspecting cancer. 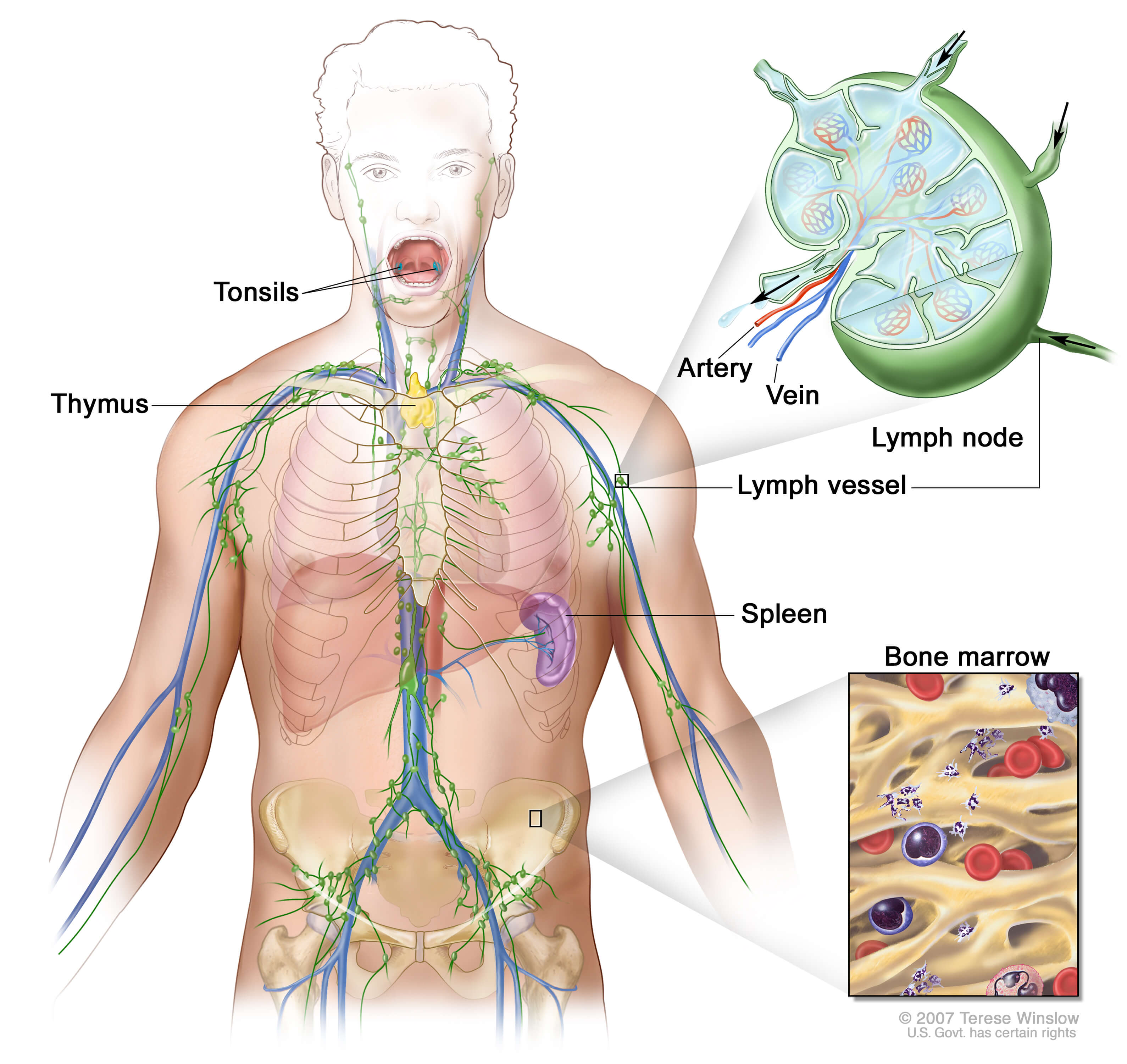 The next morning I moved to the 3rd floor, the Neurology ward. It was December 10th around noon when Dr. Sreenivasan from Hematology walked in. She sat on the end of my bed, I knew then it was something bad. That day would change my life forever!

I’ll never forget those words, Sonja you have cancer. Non-Hodgkin Follicular Lymphoma. And I was already in stage 4. HOW…? WHY…? BUT THEY SAID… OH MY GOD!!! What do I do now? I want my sisters… Why did I move so far away? I want my mom!!! But I knew that was impossible since I had lost her just four years earlier to cancer. Tests more tests and more tests. They needed a biopsy to determine its grade… cancer comes in grades??????

December 15th, 7:00 pm… Hey, the operating room really does look like it is on TV. I opened my eyes… Where am I…? What’s going on…? Where’s Sherrie? My partner and primary caregiver. It’s 3 am and that simple biopsy had gone terribly wrong. I almost died they told me. A routine laparoscopy had turned into an emergency surgery from stem to stern.

This just isn’t happening!!!!! It’s Christmas Eve about 4:00 pm, they just came in and told me I could go home. I’m SO excited. My poor little pups, I left them the morning of November 27th and never came back. I had to recover from the surgery now before they could start with the chemotherapy.

I’m laying on my couch… OH GOD I just want to die!!!! I can’t do this anymore. This stuff is killing me. My test results came back today, I’m in remission. THANK GOD, I don’t think I could have taken another round.

Now, will I stay in remission? 1-2-3-5 ½ months passed, so far so good. Then I heard those words ring out again, it’s back Sonja. We’ll start chemo again, a different protocol this time, Flurdarabine. I had big plans so it had to work!

It’s early February, Sherrie and three dear friends loaded me up and drove me to Whistler/Blackcomb… certainly without my doctor’s knowledge. I had a mountain to climb!!! I WOULD stand high atop that mountain, one more time! It meant as much to me to climb that mountain again as it did for the four other friends I had in my life. These friends were all patients and we had befriended each other through the web discussion boards at the Lymphoma/Leukemia site.

We called ourselves “The Union of Hope”. We were from all corners of North America. I couldn’t imagine going through this without them being a huge part of my life, then and still today. bundled up and boarded up, here we go slow and steady until we reached the top. 7th Heaven it was called. I thought how fitting! There I stood at 7,000 feet, with my arms held high, pointing to the heavens, shouting I DID IT! I DID IT!

Three cycles in, I planned my trip home to Georgia. I was going home again if I died trying. I called it my “Tour De Cancer.” It was also a mission to meet a few of my Union of Hope friends. Here we go, loaded with morphine, travel bag of chemo and doggies in tow, Sherrie, a very dear friend and I started my 8,000 mile journey home.

Three and a half weeks into the trip, I knew it was back. The pain gave it away, always had. I’ve got to get back to BC, I can do this!!! Upon returning, tests confirmed what I already knew. It wasn’t working.

So we tried another chemo. It shrunk things and that’s when they told me I didn’t have much of a chance of survival, the chemo wasn’t working anymore.

I needed a BMT… I read, I cried, I prayed, I listened, I asked a lot of questions and I read some more. I’d made my decision. To the shock of all the doctors, I turned down the transplant. It didn’t feel right inside, I just couldn’t do it. I’d take my chances with chemo again, imagine that – actually choosing chemo!

More chemo again with little results, my time it seemed had run out. Dr. Sreenivasan switched chemos, and got a response. It was then she told me I might have another chance at a BMT, if I responded to a round of heavy artillery chemo. I thought to myself, my God there’s heavier?? This was my only chance. It all hinged on my response, me passing all the tests required to withstand a BMT and of course finding a donor.

I definitely know someone was watching over me, I passed all the tests well enough, the cancer responded to the heavy chemo and a 10 point match was found. This time I was ready! I didn’t really have time to change my mind as it all happened so fast. Man, am I scared!!!

They say I only have a 30% chance of surviving the transplant. Well that’s not how I see it. When I make it, well that’s 100%; without it I have 0%. I set myself a goal. To be the first unrelated transplant patient in and out of hospital in record time.

I almost beat it! Twenty-six days later I walked out. I’m not here to say this road was or is an easy one, neither prior, during or after transplant. I could paint a once upon a time story with a fairy tale ending but then I really wouldn’t be telling you how it really is. What I can do, is tell you how important your support system is going to be, you’ll need help and a lot of it for a long time.

I can also tell you that in the end, you’ll be glad you did it when you’re able to see another sunset or get a hug or laugh out loud or gather together with friends or smell a flower or watch kids play or pet your animals or help someone else.

At the end of the day, you can only have hoped that maybe one doctor may have learned, one discovery may have been made, one life may have been spared, belief renewed, hope restored and faith laid to become a solid foundation, not only for yourself but for everyone around you. Knowing that your journey will have made a difference somewhere, somehow.

Each night before I sleep I am thankful and content! February 19th, 2004 was five years ago. Would I change a thing? NO! I can tell you my life has changed and it still changes. But I feel lucky. My eyes open everyday and my feet hit the floor. I may never play ball again, I may never climb another mountain, I may never drive another “Tour De Cancer.” But I might!!!!!! NEVER STOP BELIEVING.