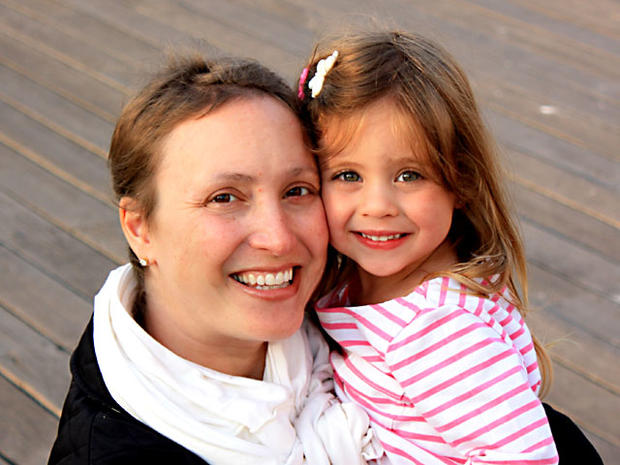 My wife has breast cancer that has metastasized to her bones. Are there any effective CAM measures out there that you know of ? I’m pretty well-versed on the subject. Budwig diet , cesium, poly-mva etc. AHCC, artemesinin, honokiol, bloodroot.

Hi Tom-
Since your wife’s BC has metastasized I would encourage you/her to aggressively pursue both conventional and non-conventional therapies. While standard oncology regimens may not offer much for your wife’s metastatic breast cancer I encourage your wife to undergo several evidence-based therapies at the same time.
Yes, there are nutritional therapies that research as shown to benefit metastatic BC patients and well as integrative therapies that, depending on what chemo you undergo have been shown to both enhance the efficacy of the chemo while reducing it’s toxicity.
Finally, the study linked in the post below talks about a method of administering paclitaxel for BC that has metastasized at a much more effective level than conventional administration. If its possible I would try to find out where and who is doing this research. There may be a clinic trial going on.
I am both a cancer survivor of an “incurable” cancer and a cancer coach. I can do the research to identify the above to relay to you if you would like.
Hang in there,
David Emerson

“The cancer drug paclitaxel just got more effective. For the first time, researchers have packaged it in containers derived from a patient’s own immune system, protecting the drug from being destroyed by the body’s own defenses and bringing the entire payload to the tumor…

“That means we can use 50 times less of the drug and still get the same results said Elena Batrakova, Ph.D., an associate professor in the UNC Eshelman School of Pharmacy. “That matters because we may eventually be able to treat patients with smaller and more accurate doses of powerful chemotherapy drugs resulting in more effective treatment with fewer and milder side effects…

Paclitaxel is a potent drug used in the United States as a first- and second-line treatment for breast, lung and pancreatic cancers…”

Efficacy and safety of curcumin in combination with paclitaxel in patients with advanced, metastatic breast cancer: A comparative, randomized, double-blind, placebo-controlled clinical trial

Background: The clinical efficacy of curcumin has not yet been established for the treatment of cancer, despite a large body of evidence from numerous preclinical studies suggesting the therapeutic potential of curcumin, particularly in a synergistic combination with paclitaxel. The main obstacle in using curcumin for adjunctive cancer therapy is its low bioavailability via oral administration.

Purpose: We assessed the efficacy and safety of intravenous curcumin infusion in combination with paclitaxel in patients with metastatic and advanced breast cancer…

Methods: A total of 150 women with advanced and metastatic breast cancer were randomly assigned to receive either paclitaxel (80 mg/m2) plus placebo or paclitaxel plus curcumin (CUC-1®, 300 mg solution, once per week) intravenously for 12 weeks with 3 months of follow-up. The primary outcome was determined based on the objective response rate (ORR), as assessed by the Response Evaluation Criteria in Solid Tumors (RECIST). The secondary outcomes were progression-free survival (PFS), time to tumor progression (TTP), time to tumor treatment failure (TTTF), safety, and quality of life.

Results: The intention-to-treat (ITT) analysis revealed that the ORR of curcumin was significantly higher than that of the placebo (51% vs. 33%, p < 0.01) at 4 weeks of follow-up. The difference between the groups was even greater when only patients who had completed the treatment (61% vs. 38%, odds ratio ==2.64, p < 0.01) were included. A superior effect of curcumin vs placebo was observed in both patients who had completed the treatment and all patients included in the ITT analysis, 3 months after termination of the treatment. No other significant differences were observed between the curcumin and the placebo groups, except for fatigue (3 vs. 10 patients, respectively; odds ratio ==3.7, p = 0.05). However, the patients’ self-assessed overall physical performance was significantly higher with curcumin than the placebo during the treatment and at the end of the follow-up, suggesting better tolerance in the curcumin group.

Conclusions: Overall, treatment with curcumin in combination with paclitaxel was superior to the paclitaxel-placebo combination with respect to ORR and physical performance after 12 weeks of treatment. Intravenously administered curcumin caused no major safety issues and no reduction in quality of life, and it may be beneficial in reducing fatigue…”

I am diagnosed with metastatic breast cancer. I am currently on Ibrance with femara. It started in my left breast with all nodes negative. Took I’ve chemo & radiation. Then tamaoxafin for 5 years. 9 yrs remission. Then breast cancer came back in my left femur which I’ve lost most of, have rod & pins now. Back on IV chemo, tax store for 2 yrs ( had spread to spot on right kidney) went into remission 8 months. Came back on kidney now not in kidney sitting on top of kidney. Did biopsy is breast cancer. Now this oral chemo mentioned earlier. Am taking expensive probiotics, vitamin E, & baking soda w/ lemon juice these things on my own. Am now teetering on remission for past 3 months. Do you have any advice for me. I understand there’s no cure & some day ( just a matter of when) it will kill me but for right now I want to live without being scared all the time. I will be 57 in August & I have 2 kids & 2 grandchildren to live for. AM SCARED

Hi Jody-
I am sorry to read of your metastatic BC. It sounds as though upon your original BC diagnosis you did everything that your Onc. recommended. And you still relapsed. I am sorry.

You are correct in that conventional oncology gives little hope to metastatic BC patients. All I know is that I too was told I was terminal. In ’97. Don’t believe everything your onc. tells you…

There are evidence-based therapies to manage bone mets, evidence-based anti-oxidant supplementation to enhance the efficacy of ibrance/femara in addition to nutritional and lifestyle therapies for you to consider.

My point, Jody, is that conventional oncology is only one small piece of your therapy picture. Yes, your cancer is advanced. But that does not mean that there is nothing for you to do. Having future goals (like kids and grandkids? like marriages, graduations, etc. is excellent mind-body therapy.

If you would like to learn more about me and cancer coaching, please go to PeopleBeatingCancerCoaching.org