“All in all, in this very large group, the researchers figured exercise may have prevented 12% of the cases of depression (dep) from happening.”

Evidence-based but non-toxic therapies to treat depression. I’ll let you in on a secret. I can’t work out much. My work out is a routine/habit more than anything.

I live with a variety of long-term side effects from conventional cancer therapies from ’95-’97. I head to the local Life Time Fitness to see friends, stretch, do a little light lifting, a little cardio, etc. But nothing that people reading this would call “working out.” 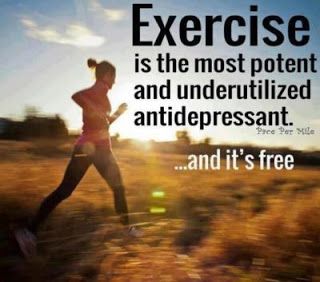 According to the study discussed below I don’t need to work out much to enjoy the benefits. Just as important, I supplement with curcumin and omega 3 fatty acids. Now, I have never had depression but since cancer survivors with problems like mine are prone to depression, It’s good to read the studies linked below.

I am not a professional of any kind. I am a cancer survivor who believes that evidence-based non-conventional therapies should be tried before toxic therapies.

Click now to learn more about the emotional aspects of cancer

“Exercise and fresh air have always been folk prescriptions for a glum mood. And most of us have, indeed, felt cheerier after a nice walk or a fun workout. But clinical depression is a different story—could regular exercise prevent a full on depressive episode from occurring? Researchers aimed to find out in a study published this week online in the American Journal of Psychiatry…

Here’s the theory of how exercise might help treat or prevent depression or anxiety: We’ve pretty much settled that a lot of clinical depression and anxiety are caused by chronic or severe acute stress, leading to a state of inflammation in the body and brain…

Once all the numbers were crunched, the researchers ended up with a surprising finding. Those who exercised were, indeed, less likely to develop depression over those 9-13 years than those who didn’t.

The weird thing is, it didn’t matter how much exercise as long as you did some deliberate physical activity for at least an hour each week. Yes, that’s right, only one hour total for the entire week. And it also didn’t matter how intense that exercise was…could be a walk in the park or three sessions of intense spinning class or a daily 5K run…

The real takeaway is that the first thing that tends to drop off our schedule if we are sick or tired or overwhelmed is that trip to the gym or early morning walk around the block to get the day started. However, this data suggests that keeping up even a brief but regular schedule of light activity may lower the chances of developing depression in the future. If you have a free half hour, stop by the park, take a walk by the river. Or pull up YouTube and run through your favorite cardio kick-boxing routine for 15 minutes before work or school. Twelve percent of depression cases prevented? That’s a significant amount, and you may not have to be a gym rat to make it happen.”

Clinical Use of Curcumin in Depression: A Meta-Analysis.

“There is growing interest in the use of curcumin, a plant polyphenol with potent anti-inflammatory, anti-oxidant, and neuroprotective properties, as a novel antidepressant…

Six clinical trials with a total of 377 patients were reviewed, comparing the use of curcumin to placebo. In patients with depression, the pooled standardized mean difference from baseline Hamilton Rating Scale for Dep scores support the significant clinical efficacy of curcumin in ameliorating depressive symptoms.

Notably, no adverse events were reported in any of the trials…”

Omega-3 fatty acids in depression: a review of three studies.

” No significant side effects were reported in any of the studies. Omega-3 fatty acids were shown to be more effective than placebo for dep in both adults and children in small controlled studies and in an open study of bipolar dep..”