Melatonin as a potent antioxidant has shown appropriate immune regulatory properties that may ameliorate toxicity induced by radiation in various organs...

When I first read the studies linked and excerpted below I thought the authors were talking about me. Of all of the multiple myeloma side effects I’ve sustained,  radiation damage (fibrosis) is by far the most extensive. And I supplement with low doses of melatonin. 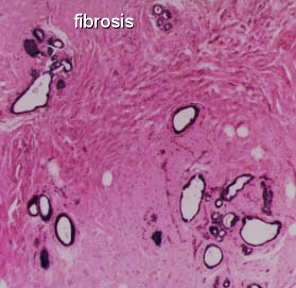 I underwent radiation at three different times during my conventional cancer treatments.

I experienced a series of short, long-term and late stage side effects from my radiation therapies.

I have been searching for therapies to either heal or slow my multiple myeloma side effects- radiation fibrosis in particular.

I should have done many things before, during and immediately after my radiation therapy. But that was a longtime ago. The important thing now is to undergo those therapies that studies show can help me.

I take melatonin several times a week. I take small doses so that I can supplement often. I get a better night’s sleep and I am helping my radiation-induced fibrosis.

I recommend trying this low dose level of melatonin. See how you like it. Let me know.

The melatonin immunomodulatory actions in radiotherapy.

“Radiotherapy has a key role in cancer treatment in more than half of patients with cancer. The management of severe side effects of this treatment modality is a limiting factor to appropriate treatment. Immune system responses play a pivotal role in many of the early and late side effects of radiation. Moreover, immune cells have a significant role in tumor response to radiotherapy, such as angiogenesis and tumor growth. Mel as a potent antioxidant has shown appropriate immune regulatory properties that may ameliorate toxicity induced by radiation in various organs...

Moreover, anti-cancer properties of mel may increase the therapeutic ratio of radiotherapy…

It seems anti-proliferative, anti-angiogenesis, and stimulation or suppression of some immune cell responses are the main anti-tumor effects of mel that may help to improve response of the tumor to radiotherapy…”

Melatonin as an anti-inflammatory agent in radiotherapy.

“Radiotherapy is one of the most relevant treatment options for cancer therapy with or without other treatment modalities including immunotherapy, surgery and chemotherapy. Exposure to heavy doses of ionizing radiation during radiotherapy results in short and long term side effects. It appears that many of these side effects are linked to inflammatory responses during treatment or after prolonged use. Inflammation is mediated by various genes and cytokines related to immune system responses caused by massive cell death following radiotherapy…

“Background: We investigated whether topical administration of melatonin ameliorates radiation-induced skin fibrosis (RISF) and inhibits the expression of profibrogenic genes in mice.

Results: The Radiation caused a 2.2-fold increase in TGF-β1 mRNA expression relative to that in control group, which was decreased by 37% following melatonin treatment (P = 0.024). We also observed substantial reduction of TGF-β1 expression in immunohistochemical studies. The mean values of dermal thickness were 105 ± 11 μm (Control), 195 ± 21 μm (IR), and 148 ± 19 μm (Mel+IR).

Dermal thickness and collagen accumulation, which increased in the IR group, was significantly reduced by topically applied melatonin.