“More than 80% of patients suffer from significant weight loss at diagnosis and over time develop severe cachexia. Early nutritional support is therefore essential.” 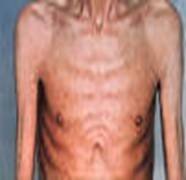 I am both a cancer survivor and cancer coach. I have remained in complete remission from my “incurable cancer” since 1999 by living an evidence-based, non-conventional, anti-cancer lifestyle comprised of nutrition, supplementation, etc. And I supplement with Life Extension Super Omega-3 Fatty Acids. This brand and formula has been evaluated and approved by Consumerlab.com, an independent evaluation service. Further, this formula of omega 3 fatty acids includes sesame lignans and olive extract.

Have you been diagnosed with pancreatic cancer? If so, what stage? Please scroll down the page, post a question or comment and I will reply to you ASAP.

Nutrition in Pancreatic Cancer: A Review.

“More than 80% of patients suffer from significant weight loss at diagnosis and over time develop severe cachexia. Early nutritional support is therefore essential…

Due to the high prevalence of malnutrition and the rapid development of anorexia-cachexia-syndrome, early nutritional intervention is crucial and supported by clinical data…

Enteral nutrition should be preferred over parenteral nutrition. Omega-3 fatty acids and l-carnitine are promising substances for the prevention of severe cachexia, but further randomized controlled trials are needed to establish generally accepted guidelines on nutrition in pancreatic cancer…”

Omega-3 therapeutic supplementation in a patient with metastatic adenocarcinoma of the pancreas with muscle mass depletion.

“Pancreatic adenocarcinoma has an extremely poor prognosis. With the best available treatments, the median overall survival duration is still less than 1 year. Most patients develop anorexia and major muscle mass loss that interfere with chemotherapy tolerance and survival…