You have been new diagnosed with multiple myeloma (MM). You have been told that your blood cancer is incurable. In the next breath your oncologist prescribes toxic chemotherapy regimens  that will result in short, long-term and late stage side effects. Consider the supplementation of green tea and curcumin as evidence-based integrative therapies.

It is true that EGCG reduces the efficacy of Velcade (Bortezomib). If a MM patient is undergoing Velcade I will tell that person to stop supplementing with green tea the day before his/her Velcade infusion and start again the day after Velcade infusion.

I take both supplements daily and have been for years- 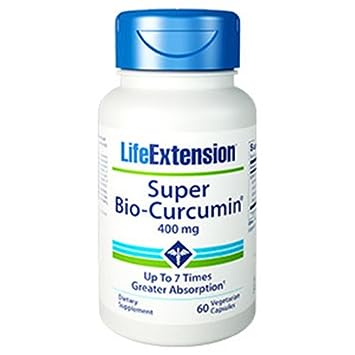 I have been cancer-free from my cancer, multiple myeloma, considered to be “incurable” since 1999.

I don’t mean that your prognosis is to live for 5 years, I mean that the conventional therapies are highly toxic, and, if you are honest with yourself, convey a good chance of NOT making it five years.

What do you do? Again, the studies below show that both green tea extract and curcumin enhance the efficacy of a number of conventional chemotherapies. Further both green tea extract and curcumin limit the toxicity of many conventional chemotherapies reducing possible side effects, reducing the damage you your body that comes with toxicity.

I am a long-term multiple myeloma survivor and MM cancer coach. To learn more about how non-toxic supplements can help you scroll down the page to post a question or comment and I will reply to you ASAP.

“Here, we demonstrate that EGCG, an antioxidant from green tea, induces growth arrest and apoptosis in MM cells while having no significant effect on normal PBMCs as well as fibroblasts.

Anticancer effects of EGCG have been demonstrated in vitro in several malignancies including human lung, cervical, colon, and oral squamous carcinoma cells with effective IC50 values ranging from 22 to 200 μM.14,18,31

However, this is the first report demonstrating its activity in hematologic malignancy and elucidating the molecular mechanisms of EGCG-induced apoptosis in cancer cells, specifically in MM. Exposure of myeloma cell lines and primary patient cells to 10 to 20 μM EGCG led to apoptotic cell death within 5 to 7 days…”

“However, our research team reviewed clinical trials on antioxidants that were given along with chemotherapy, and found there was little reason to suspect any interference with the effects of chemotherapy. In addition, researchers have found that polyphenols, such as EGCG, tend to become pro-oxidants when they are put into cancer cells.  They then cause apoptosis, or cancer cell suicide, which actually reinforces the action of chemotherapy drugs.  Therefore, we don’t believe that using green tea is problematic with most kinds of chemotherapy…”

“These data, therefore, indicate that a natural product with antioxidant properties from green tea has a specific activity against MM, making it an ideal compound for therapy and possible chemoprevention of this disease…”

In many ways, the ultimate multiple myeloma therapy is EGCG aka green tea. Let me explain. I’ve taken green tea extract for years. I was diagnosed with multiple myeloma in early 1994, achieved complete remission by 4/99 where I remain today.

Multiple myeloma (MM) patients and survivors must worry about:

Numerous studies document how many chemotherapy regimens cause DVT’s (blood clots) as well as damage to our hearts, both short and long-term. I have suffered from both of these MM side effects myself.

I was first diagnosed with multiple myeloma in 1994 and I still worry about my MM relapse as well as treatment related secondary cancers.

Aggressive chemotherapy and radiation didn’t do much to treat my MM it did cause all sorts of collateral damage aka short, long-term and late stage side effects including chronic a-fib, DVT and eventually chemotherapy-induced cardiomyopathy.

Which brings me to why I’m writing this post. I’ve been cancer-free since 1999. And though my chronic atrial fibrillation began in the fall of 2010 I haven’t had a stroke. I am doing well.

MM patients and survivors must think about the big picture more than survivors of other cancers- in my opinion anyway. While relapse is always on our mind, we should also think about our blood and heart health.

I have found that green tea extract is an effective therapy to address many of my possible health risks.

I supplement with green tea extract (GTE). The study linked and excerpted below is one of dozens of studies on PeopleBeatingCancer that support the consumption of evidence-based, non-conventional cancer therapies such as GTE to reduce the risks of all sorts of health challenges. I’ve been taking Life Extension Foundation’s Mega Green Tea for years.

I take Life Extension Mega Green Tea Extract because ConsumerLab.com has tested this supplement for purity, strength, and cost. and has assured me that LE Mega Green Tea is the best formulation for me.

“Here, we demonstrate that EGCG, an antioxidant from green tea, induces growth arrest and apoptosis in MM cells while having no significant effect on normal PBMCs as well as fibroblasts. Anticancer effects of EGCG have been demonstrated in vitro in several malignancies including human lung, cervical, colon, and oral squamous carcinoma cells…

Our data suggest higher susceptibility of MM cells to EGCG, which may provide a higher therapeutic index..

In conclusion, these studies demonstrate that EGCG is a potent suppressor of MM cell growth with specificity provided by its interaction with LR1, a cell-surface receptor implicated in the interaction of myeloma cells with basement membrane.

These data, therefore, indicate that a natural product with antioxidant properties from green tea has a specific activity against MM, making it an ideal compound for therapy and possible chemoprevention of this disease…”

Green Tea Consumption and Mortality Due to Cardiovascular Disease, Cancer, and All Causes in Japan

“Objective To investigate the associations between GTE consumption and all-cause and cause-specific mortality.

Main Outcome Measures Mortality due to cardiovascular disease, cancer, and all causes.

Among the types of cardiovascular disease mortality, the strongest inverse association was observed for stroke mortality. In contrast, the hazard ratios of cancer mortality were not significantly different from 1.00 in all green tea categories compared with the lowest-consumption category.